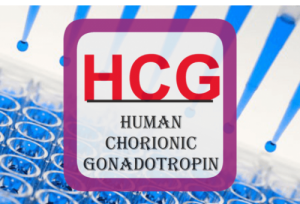 HCG stands for "Human Chorionic Gonadotropin", which is a hormone that is naturally created, present, and required for each successful pregnancy. HCG is and has been commonly used to treat infertility in both women and men for decades. During pregnancy, HCG is produced in very large quantities.

Due to the extended use of HCG with both men and women over the last few decades and Dr. Simeons work presented in Pounds and Inches: A New Approach to Obesity, the HCG Protocol is considered safe and effective for both men and women.

Dr. Albert T.W. Simeons discovered that small, regularly administered doses of HCG cause the body to release abnormal fat when it's taken along with a detailed 500-calorie daily diet. Because the body is releasing between 1,500 and 4,000 calories' worth of fat into the bloodstream during the HCG Diet, there's little hunger involved in the protocol, unlike other calorie-restricted diets.

The FDA and HCG

The Food and Drug Administration has not approved HCG for weight loss, because on its own, the hormone won't cause you to lose weight. But when it's used with the specific, prescribed diet, it can lead to a loss of up to 20-30 pounds during a single round, which lasts between 23 and 40 days.

Dr. Simeons, an endocrinologist, developed the HCG protocol in the 1950s, and since then, it has helped countless people not only lose weight, but is also thought to cause physiological changes that help re-establish a normal weight so that you're far less likely to gain it back once you are no longer following the low calorie diet plan.

Dr. Simeons considered the HCG protocol safe and effective, and we agree. During the protocol, you'll be taking a very low dose of HCG compared to the one million or so units produced by the body during pregnancy.

There are three main types of HCG that are used for the HCG protocol: Homeopathic HCG, HCG injections, and mixed sublingual HCG. It's also available in creams, troches, and sprays, but the aforementioned types have been the most popular in recent years and are considered highly reliable and effective for the HCG protocol.

HCG injections are generally made from prescription HCG mixed with bacteriostatic water in a sterile environment. It generally costs significantly more than the homeopathic HCG, and you'll also need to stock up on syringes and alcohol pads. You'll need a prescription for HCG injections. When you visit your doctor to try to obtain a prescription for HCG, it's a good idea to bring along a copy of Dr. Simeons’ manuscript, Pounds and Inches: A New Approach to Obesity in case your physician is unfamiliar with the protocol. While you can prepare the HCG injection mixture yourself, you may feel more comfortable having it professionally mixed.

Whichever type you choose, make sure you've read the protocol and understand the exact dosages required for optimum weight loss, as well as, a complete understanding of the HCG Diet plan covering food, drinks, and products — both those that can be used and those that should not be used during the low calorie phase of the diet plan.