Can Weather Really Affect Your Attitude Or Is It a Psychological Effect? 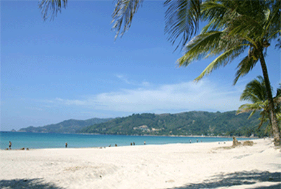 Many times when someone has a less than stellar day, they say, "It must be the weather." Is it the weather that causes ups and downs in our attitudes? Is there such a thing as weather gloom or rainy day blues? A lot of people will tell you it's a fact that weather can affect your attitude, but what does science and its experts say?

SAD is a significant kind of depressive disorder (with seasonal patterns) connecting the major depressive episode of an individual to a specific season of the year. Fall and winter months, when the daily amount of sun is waning, are typically associated with SAD, but a small amount of people suffer the effects of SAD in spring and summer months.

John M. Grohol, Psy.D., explains higher temperatures can elevate a depressed person's mood. A 2008 study states the daily influence of weather has a greater impact on the negative mood of an individual, rather than improving an already positive mood. While higher temperatures can elevate a person's low mood, lack of sun or wind can drop his or her mood even lower. Another study observed a distinct connection between high temperatures and human aggression. As temperatures climb higher so does conflict. In the study, intergroup conflict rose by a significant 14% and interpersonal violence rose 4%. The same study suggests (through a correlation) that rain effects mood also, and when heavy rains fall in areas unaccustomed to receiving a lot of rain, people become more aggressive.

In 2013, researcher Marie Connolly observed when women were interviewed on days "with more rain and higher temperatures [they reported] statistically and substantively decreasing life satisfaction, consistent with the affect results." A much higher satisfaction with life was reported on days with no rain and cooler temperatures.

The season of the year when life is being renewed all around us in nature, it appears to be the opposite for people suffering from depression. As increases in daylight and warmer temperatures occur, researchers found people working outside were more likely to commit suicide in spring and summer than in the colder winter months. Suicide deaths peaked in the summer for people working outside. A 2012 comprehensive meta-analysis study (Christodoulou) on suicide and the seasons of the year reports, "Studies from both the Northern and Southern hemisphere report a seasonal pattern for suicides." Spring and early summer seem to be associated with a seasonal pattern for suicide while there is an analogous decrease during the fall and winter months. This pattern appears to be a constant in both hemispheres. The study did not include Europe, Asia, or other continents.

More research is being done in this area to determine what is responsible for this behavioral association with annual seasons. Although there is no proof weather is actually responsible for mood changes in people, it would appear there is at least a psychological connection between weather and mood.