The Philosophy of Dr. Simeons, Founder of the HCG Diet Protocol 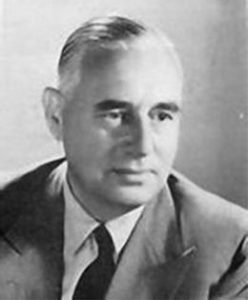 Dr. Albert T. W. Simeons, a noted endocrinologist, was born in England in 1900 and received his medical degree from the University of Heidelberg in Germany, after which he went on to pursue endocrinology. Although Dr. Simeons discovered a treatment for malaria and contributed to research that helped control the bubonic plague and leprosy, he's best known for his development of the HCG Diet Protocol, which has helped countless people lose weight in the decades since its development.

Overeating is a Symptom of Obesity, Not the Cause

Throughout decades of research into obesity, Dr. Simeons held that obesity, or the tendency to accumulate an abnormally large amount of body fat, is a metabolic disorder and not the result of overeating, as many would have us believe. Rather, overeating is the result of the problem and not the cause.

While identifying the exact nature of the disorder was more or less a fruitless pursuit, Dr. Simeons concerned himself with building a theoretical structure that would explain obesity and help interpret what happens in the obese body. He postulated that people who suffer from obesity have abnormal functioning of some system of the body and will gain weight whether or not they eat excessively. Conversely, someone who doesn't have the abnormal body functioning that causes obesity will not become obese, even if he or she overeats.

While Dr. Simeons was in India working to eradicate malaria and other tropical diseases, he stumbled upon a strange endocrine disorder among young men who were extremely obese and whom the doctor called the "Fat Boys." Believing their obesity was due to the malfunctioning of the pituitary gland, Dr. Simeons discovered that low doses of the hormone Human Chorionic Gonadotropin, or HCG, helped the boys lose weight.

He pursued that line of investigation and spent many years fine-tuning this approach to treating obesity, and in 1954, he published Pounds and Inches: A New Approach to Obesity. His HCG Diet involves taking low doses of the hormone and consuming a prescribed, low-calorie diet during the protocol.

Dr. Simeons' overarching philosophy as he began treating obesity with his HCG Protocol was that if patients are going to be an active partner in treating their obesity — which, of course, is required for success — then they had to understand what was being done and why. Only then, Dr. Simeons believed, would there be "intelligent cooperation" between doctor and patient.

Most of all, the good doctor wanted his treatment protocol to be something that his patients could understand and pursue on their own so that they wouldn't need him for the rest of their lives. He provided instructions on how to achieve a short-term solution with long-term results so that overweight individuals could lose excess pounds in a short amount of time while fixing the metabolic problems that led to the weight gain in the first place and learning the importance of good nutrition and practicing a healthy way of eating that's based on instinct and the desire to fuel the body. People were able to lose weight and move on with their lives, eating when hungry without the fear of regaining weight.

Simplicity is the name of the game with the HCG Diet, and although at first glance it may seem complicated, it's really quite elegant. And the best part? If you follow it properly, it works.