How Did Dr. Simeons Discover the Marvels of HCG? Have you ever wondered about the science behind the HCG Diet? Where is energy stored and released on your body? How does energy related to the food you eat?

This article is all about the science and fact of the HCG Diet. We start our journey in the brain. Buried deep in the brain is a tiny part known as the diencephalon, which contains the epithalamus, thalamus, hypothalamus, and ventral thalamus. The diencephalon guides the central nervous system in controlling the involuntary functions of the body, including breathing, heartbeat, sleep, and digestion.

Dr. A.T.W. Simeons thought it reasonable to consider that the diencephalon might control the operation of storing and releasing energy, or fat, to the body as fuel. He points out that blood sugar is controlled by a nervous center in the diencephalon, and when this center is destroyed in laboratory animals, they develop a condition similar to diabetes, and when another similar center in the diencephalon is destroyed, laboratory animals develop a massive appetite and rapidly gain weight.

While mulling over the problem of diencephalic deficiencies, Dr. Simeons recalled a situation he'd encountered in India years before. A number of male youths were treated there for symptoms including large hips, butts, thighs, and breasts and they had undescended testicles. These were known as “Fat Boys”.

At the time, it was known that HCG could precipitate the development of the sex organs. The usual treatment was several hundred IUs of HCG twice a week, but because the hormone was very expensive, Dr. Simeons treated the Fat Boys with the least possible amount of HCG to save the mostly-poor families money.

He found that small, daily doses were just as effective as larger twice-weekly doses, and soon he learned that the Fat Boys had lost their appetite during the treatment, and the circumference of their hips decreased, even though their diets weren't restricted.

As he pondered diencephalic deficiencies years later, Dr. Simeons realized that the only explanation for the weight loss side effect in the Fat Boys was that abnormal fat deposits on the hips were being moved away, and he thought that this extra fat in the bloodstream might be used as fuel for the body, replacing the need for food.

To test his hypothesis, he put obese patients on a restricted diet and administered daily HCG injections. He found that even while on a restricted, 500-calorie daily diet, his patients weren't ravenous, and they lost around a pound a day. Normal fat reserves were left unaffected, but the abnormal reserves seemed to just melt away. He tested the HCG Diet on hundreds of people, and sure enough, the results were the same every time.

Dr. Simeons also noted that pregnant women in poor countries could almost inexplicably have healthy babies on little to no caloric intake.  This was further proof that HCG, which is naturally produced in a woman’s body in huge amounts during pregnancy, allows the body to ‘give up’ fat reserves when HCG is present and caloric intake is severely limited.  He further explained that for some obese women, pregnancy is a time that women can lose a lot of weight if nausea prevents them from eating or keeping food down.  During this time, due to the production of vast amounts of HCG and the limited calories from food intake, fixed fat deposits are released into the bloodstream to help fuel the growth of the fetus. But, again, HCG alone doesn't precipitate the weight loss. Rather, a restricted diet is also necessary so that the stored fat is used as the body's primary source of fuel during either pregnancy or participation in the protocol.

Are you interested in the DIY HCG Diet? Check out our best selling product and get free shipping on your entire order. 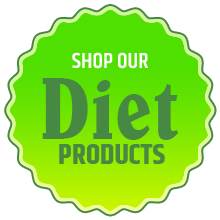