Signs and Symptoms of Obesity Per Dr. Simeons 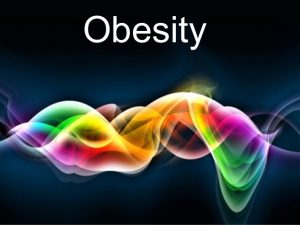 In his manuscript, Pounds and Inches: A New Approach to Obesity, Dr. Simeons explains that weight alone isn't an indication of obesity. A number of signs and symptoms are characteristic of obesity, whether it's established, latent, or just beginning to manifest as weight gain. This is fascinating to say the least!

Early signs of obesity may appear before any excess weight is gained. These include oversized front teeth and dimples on either side of the sacral bone, which is located just above the buttocks. Forearms may appear to be angled outward from the upper arms when the arms are stretched out, palms up. The lower legs may also appear to be angled out from the upper legs, and if this is the case, someone with obesity won't be able to stand with their feet together without the knees overlapping.

The Accumulation of Abnormal Fat

When abnormal fat begins to accumulate, a fatty pad will develop below the nape of the neck. This is known as a dowager's hump or buffalo hump. When the arms are held against either side of the body, a little triangular bulge in front of the armpit may indicate obesity.

Rapid fat accumulation usually leads to small tears in the lower layers of the skin, which appear at first as purple marks. This condition is known as striation, or more commonly, stretch marks. These striations turn white after a period of time, indicating that they are now scar tissue. Striation usually occurs on the breasts, hips, and sometimes on the shoulders, and it's a surefire sign of obesity.

Normal fat is never stored on the insides of the knees; however, fatty pads are common in cases of obesity. A fold of fat may occur over the pubic area, or around the sides of the chest. Both men and women who are obese usually have large breasts and excessive fat in other areas, including the abdomen, thighs, hips, arms, shoulders, and chin.

Other Symptoms of Obesity

People who are obese may suffer from frequent headaches, rheumatic pains, lethargy, and insomnia. They may feel ravenously hungry and weak just a couple of hours after eating a large meal, and they may have intense, sudden cravings for sweets, starchy foods or alcohol. Gastrointestinal symptoms may occur, such as constipation or an irritable colon. For women, abnormal menstruation is a common sign of obesity.

Dr. Simeons pointed out that someone who is at a statistically normal weight can still be suffering from the disorder that causes obesity. Conversely, someone who is overweight isn't necessarily obese and may be able to lose weight easily at will by reducing their caloric intake, and generally, they're able to do so without difficulty. People who are obese are unable to slim down without great difficulty and discomfort. Those who are overweight but not obese won't necessarily have excess fat in certain regions as described earlier, including the knees, back, and the pubic area, while those who are obese will exhibit fat in all of these regions.

The bottom line on diagnosing obesity, according to Dr. Simeons, is that it can't be done using weight charts alone, but rather it requires a holistic approach.