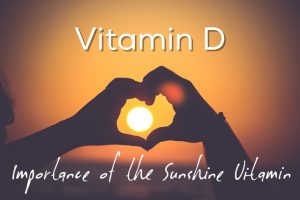 Vitamin D is an essential vitamin your body needs in order to absorb calcium for strong bones. It's also an important vitamin for regulating the immune system and plays an important role in the life cycle of human cells. The most common condition associated with a deficiency is rickets, which occurs when bone tissue doesn't mineralize properly and leads to skeletal deformities and soft bones. A deficiency may also be a factor in a number of serious illnesses, including colon, prostate, and breast cancers, heart disease, depression, diabetes, and severe asthma in children.

Vitamin D is known as the "sunshine vitamin" because it's produced by your body in response to the skin being exposed to sunlight. This vitamin also occurs naturally in some foods, including egg yolks, fish, and fish liver oils, and it's found in vitamin D-fortified dairy products like milk.

A number of factors may contribute to a deficiency.

A vegan diet. If you follow a vegan diet, you're missing out on animal-based sources of vitamin D, including fish, eggs, and fortified dairy products.

Limited exposure to sunlight. If you rarely go outside, live in a far northern latitude, wear robes or head coverings that cover your skin, or don't get much sunlight for other reasons, you may be at risk of a vitamin D deficiency.

Dark skin. Melanin, the dark brown-to-black pigment that colors the skin, hair and iris of the eye, reduces the skin's ability to make vitamin D. Older adults with darker skin are particularly at risk for a vitamin D deficiency.

Kidney problems. As you age, your kidneys may lose the ability to effectively convert vitamin D into its active form used by the body.

Digestive tract problems. Cystic fibrosis and diseases like celiac and Crohn's can affect the ability of your intestines to absorb vitamin D from foods containing it.

Obesity. People who are obese may have a vitamin D deficiency because the vitamin is absorbed from the blood by fat cells, preventing its use by the body.

Older age. People who are over 50 may develop a vitamin D deficiency due to changes in the skin that make it less efficient at making the vitamin. Additionally, your kidneys become less efficient at converting it into the form your body uses. Advancing age can also be a factor because older people often stay indoors more.

Signs of a Vitamin D Deficiency

A few of the signs of a vitamin D deficiency include:

Aching bones. Aching bones are a classic symptom of vitamin D deficiency, but many who suffer from this condition — known as osteomalacia — are diagnosed with fibromyalgia or chronic fatigue syndrome.

Sweating head. Excessive sweating around the head due to neuromuscular irritability is a common symptom of a vitamin D deficiency.

To make sure you're getting enough vitamin D, spend some time outside every day. How long you should stay in the sun depends on a number of factors, including your skin color, season, cloud cover, elevation, and how much sunscreen you use. The general rule of thumb is to stay outside about half as long as it would take you to get a mild sunburn. If you don't spend enough time in the sun, or if you're vegan, take a vitamin D supplement.