HCG Success Stories: Jill’s HCG Before and After 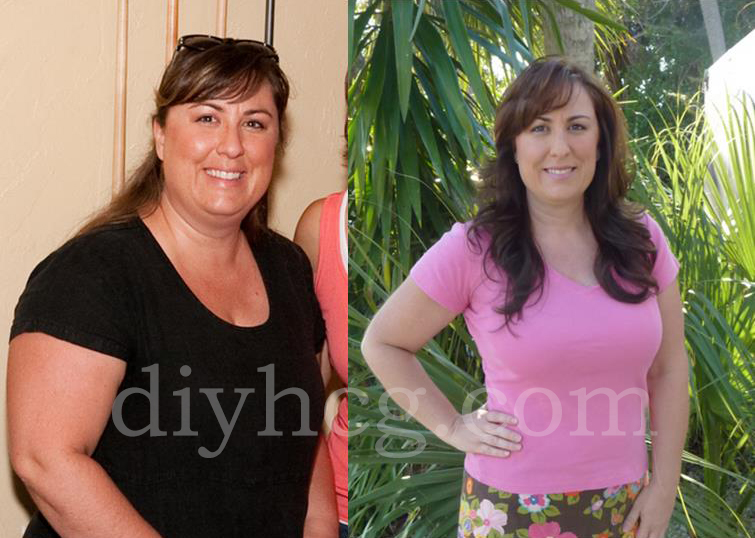 Here is a great HCG Diet success story from one of our DIY HCG customers, Jill B. Doesn’t she look amazing?!

She lost over 58 pounds in 3 rounds of the HCG Diet!

Here's a little about Jill's experience with the HCG Diet in her own words:

"My weight loss journey started almost 6 months ago, back in the middle of September 2010. I found out about HCG from my best friend who lives in California. She had just started her first round and was thrilled with the results she was getting.

I, however, had taken a different diet route and had gone to the doctor to get on diet pills. After 10 days on the pills, I was so sick I could not get out of bed and also in denial that it could be the pills making me so sick. But I had lost 4 pounds and was thrilled even though I felt so miserable. I did finally come to my senses after another day of being sick and quit the pills…feeling totally defeated and still fatter than I had ever been.

I called my friend to see how she was doing; she had lost over 20 pounds in less than 3 weeks. I was shocked! Here I had been wasting time sick in bed from the diet pills only having lost 4 pounds and in the meantime she had lost 20! Not only did she have great weight loss results, she felt great! She told me it was the best diet she had ever done and wished she had found it years ago (she had even had lap-band surgery just a few years ago).

At that point I decided I should give HCG a chance and within a couple of weeks, had started the drops for myself.

Through the years, I have tried ALL the diets….I counted calories, I counted carbs, I counted points and I even tried prepackaged foods. Don’t get me wrong, I lost weight on all those diets….but I gained it all back and then some. These diets did not change my relationship with food. HCG has! I knew that with this diet I would lose weight but I did not realize how profoundly it would change how I felt about food, how I viewed what I eat and how I would come to realize that what I eat affects more than just my weight. I now see that the junk I was putting into my system made me sick and the weight gain was just a byproduct. I will never go back to that!

I am now in the maintenance phase of my third round. I have lost just over 58 pounds. Fifty-eight pounds that I know I will never gain back. I plan on doing one more round before I consider myself “done.” But I know that I could never have done it without HCG.

The DIY HCG community is such a fabulous support system! I have made “virtual” friends that can relate to the changes I have made within myself to make it this far. I will never do another diet again….nor will I have to! Thank you HCG!!"